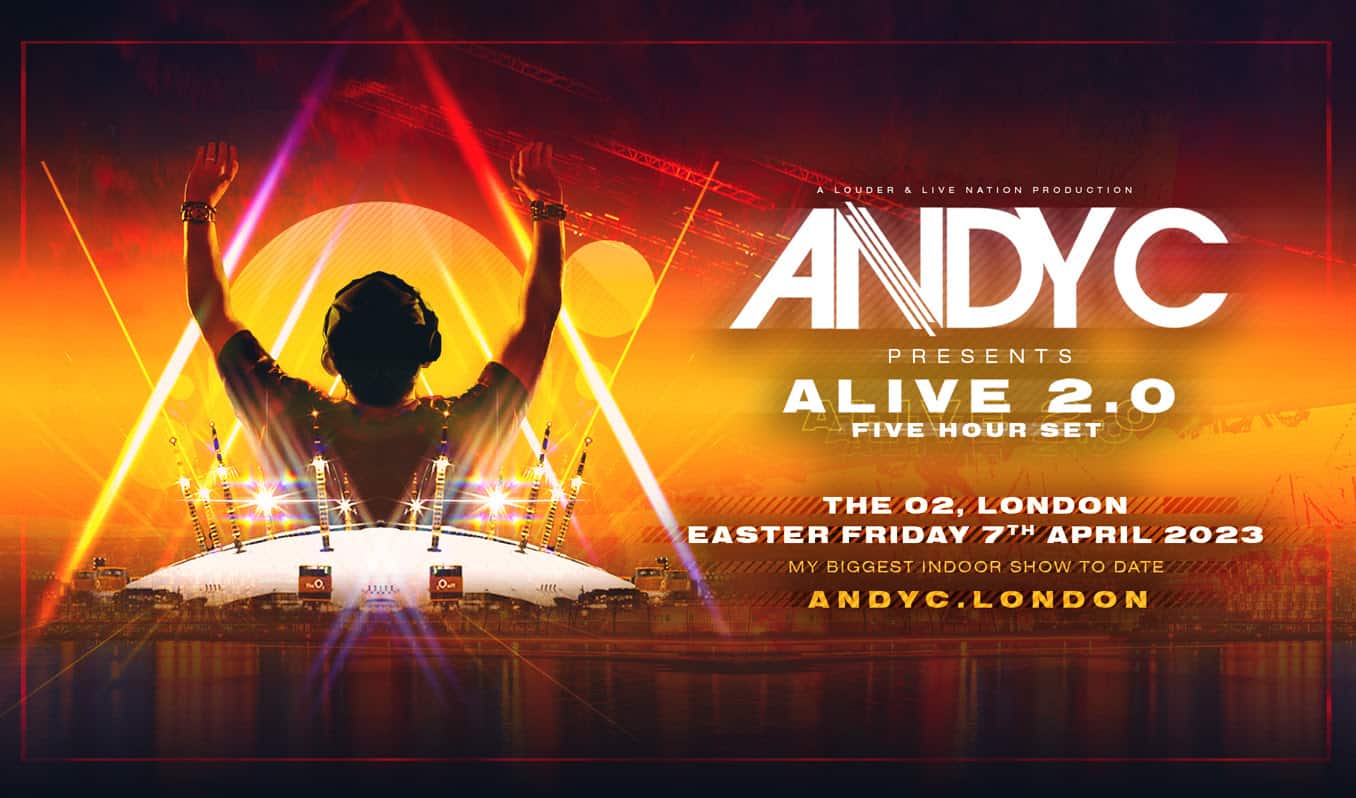 ANDY C BRINGS HIS BIGGEST EVER HEADLINE TO THE O2

‘Alive 2.0’ is a new vision of Andy’s ground-breaking visual spectacle where he takes over the controls of the visual elements of his set and remixes the show live. The production includes brand new Alive 2.0 set design, bespoke visuals and light show – all whilst Andy plays a special 5-hour set.

Andy C began 2022 fresh from selling out The OVO Arena for a second time, and with his most recent release ‘Ghost (feat. DJ Rae)’ all over national radio and streaming playlists. He began the year with a series of intimate shows with his special UK club tour ‘XO3.O’ (his first official UK tour in five years), and which saw him take the vibe and atmosphere of his now legendary XOYO residencies across the country. He also toured Australia in May to record attendances (his first tour there since 2019). As with every show, he’s been accompanied on stage by his trusted wingman and MC, Tonn Piper.

With over 40 awards to date, Andy C’s career has been nothing short of a phenomenon. He’s sold-out the UK’s biggest music venues, played headline slots at the world’s greatest festivals, and released a string of phenomenal crossover anthems like ‘Ghost’, ‘Heartbeat Loud’ and beyond. He’s also the go-to remixer for the likes of the Prodigy, Major Lazer, London Grammar and many more.