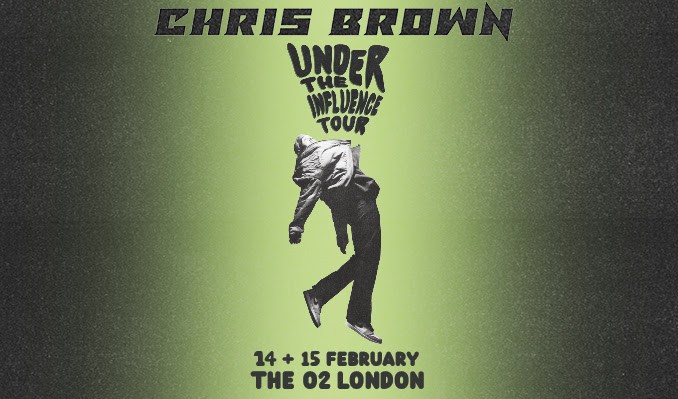 CHRIS BROWN
CHRIS BROWN SET TO HEADLINE THE O2 IN 2023

Grammy-award winning phenomenon Chris Brown will bring his ‘Under The Influence’ Tour alongside special guest Skillibeng to The O2 on Tuesday 14 and Wednesday 15 February 2023.

Chris Brown is a Grammy award-winning consummate entertainer who has shifted the climate of R&B culture since his eponymous 2005 debut, selling millions of albums worldwide and accumulating billions of audio streams. A chart-topping force, Brown has achieved 50 top 40 entries on the Billboard Hot 100 and 16 top 10 entries.

Throughout his career, Brown has continued to break records – even his own – and received a plethora of accolades. The original version of “Go Crazy” topped his single “No Guidance” as the longest running #1 song on Billboard’s R&B/Hip-Hop Airplay chart at 28 weeks and counting. In the past two years alone, he’s garnered nominations and wins from multiple award shows.