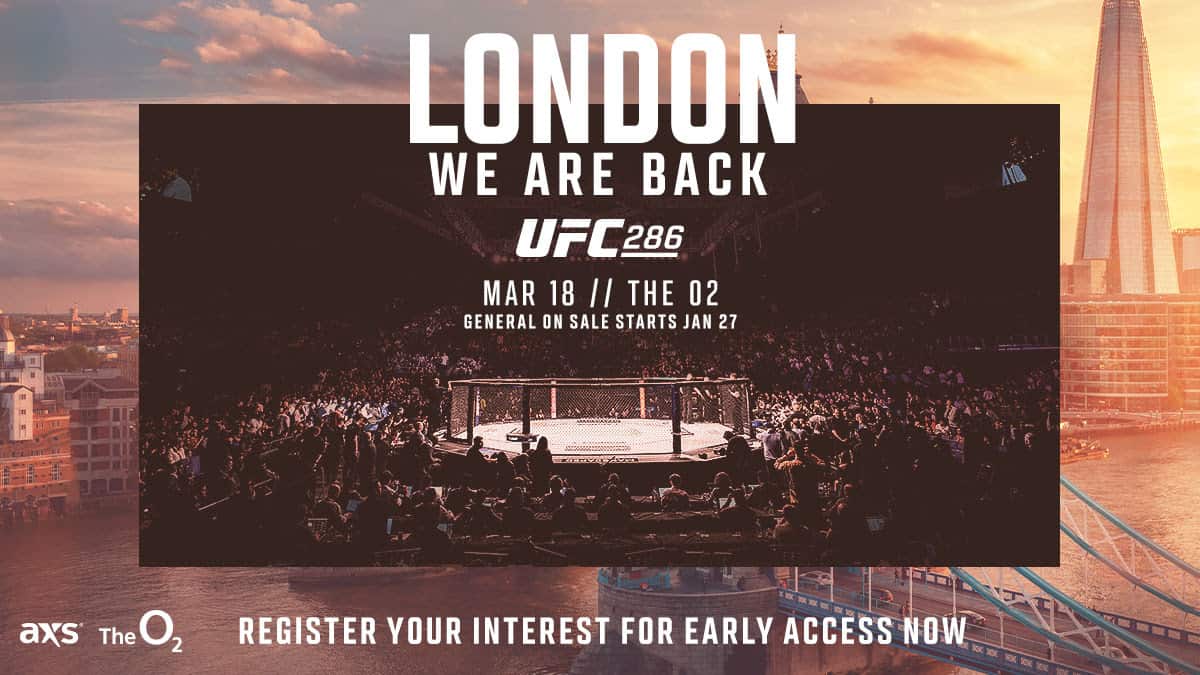 UFC today announced its return to London for its second-ever UK numbered event. The world’s premier martial arts organisation will bring action-packed entertainment to The O2 on Saturday 18 March 2023.

UFC President, Dana White said “Everyone knows how much I love our fans in the UK. We had two incredible shows in London in 2022, and this time we’re bringing a world title fight with the biggest and baddest card we could put together at The O2 on March 18. The UK MMA scene is exploding with talent right now and I can’t wait to show you guys what we have in store for you next year.”